Slim and Penny play a variety of music together, much of it jazz flavored instrumentals featuring Slide Chromatic Harmonica and Double Bass. When the opportunity arises, they enjoy performing in the cool California ocean breeze throughout the summer months at outdoor locations in Aptos. Currently they can be found woodshedding, composing, arranging, and recording in their modest project studio.

Penny and Slim have been musical collaborators for a very long time. It all began in California, winter of 1973, when Penny was chosen as the new bass player for The Oso Family, a hippie Western Swing band that had just moved to Oakland. Slim, still a teenager, was their lead guitar player. It was in The Oso Family that the two became fast friends. 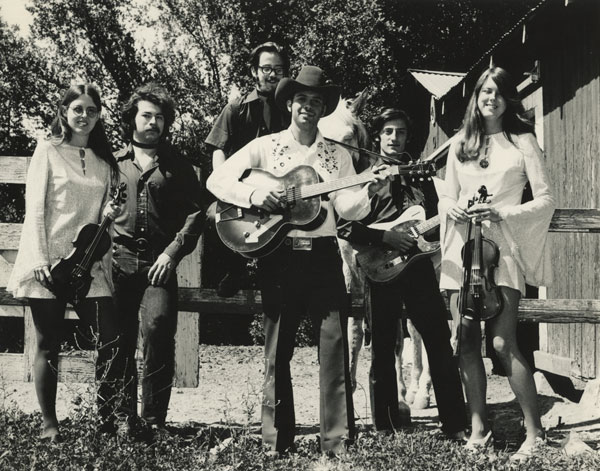 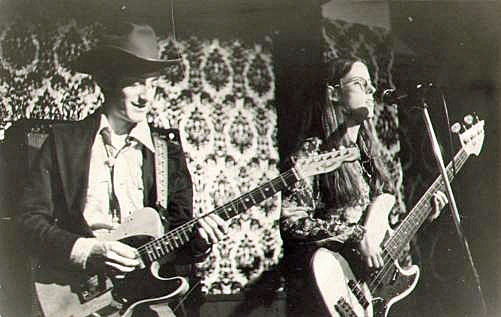 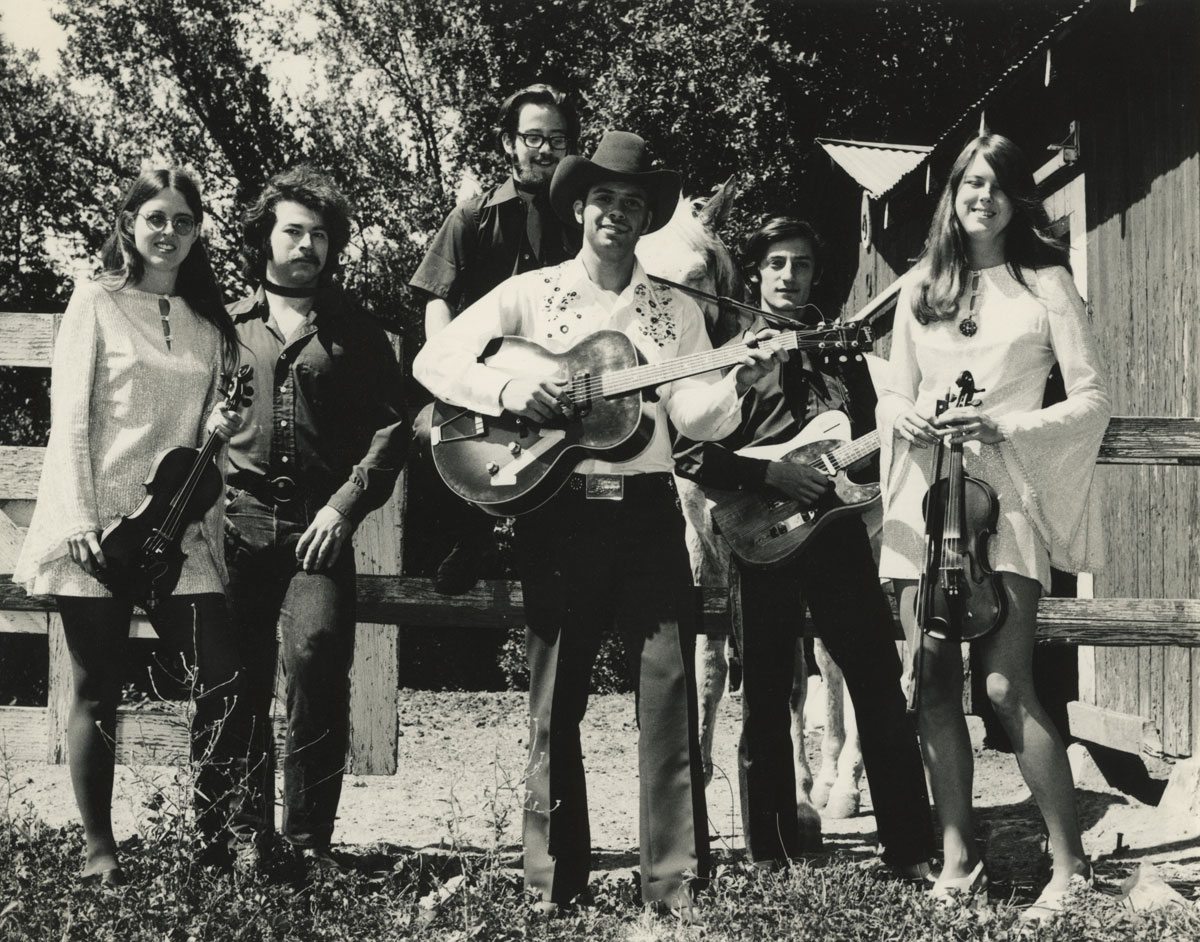 Slim & Penny at Ralph's Showplace, Oakland, CA - 1973
In 1974, the band regrouped and relocated to Austin, Texas as The Reynolds Sisters and the New Oso Band, where they toured extensively throughout the southwest. Over the next few years they worked with some terrific Austin musicians and fell in love with jazz and R & B music. 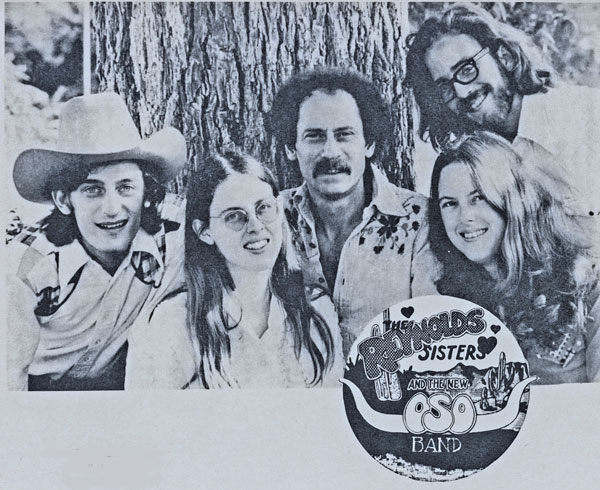 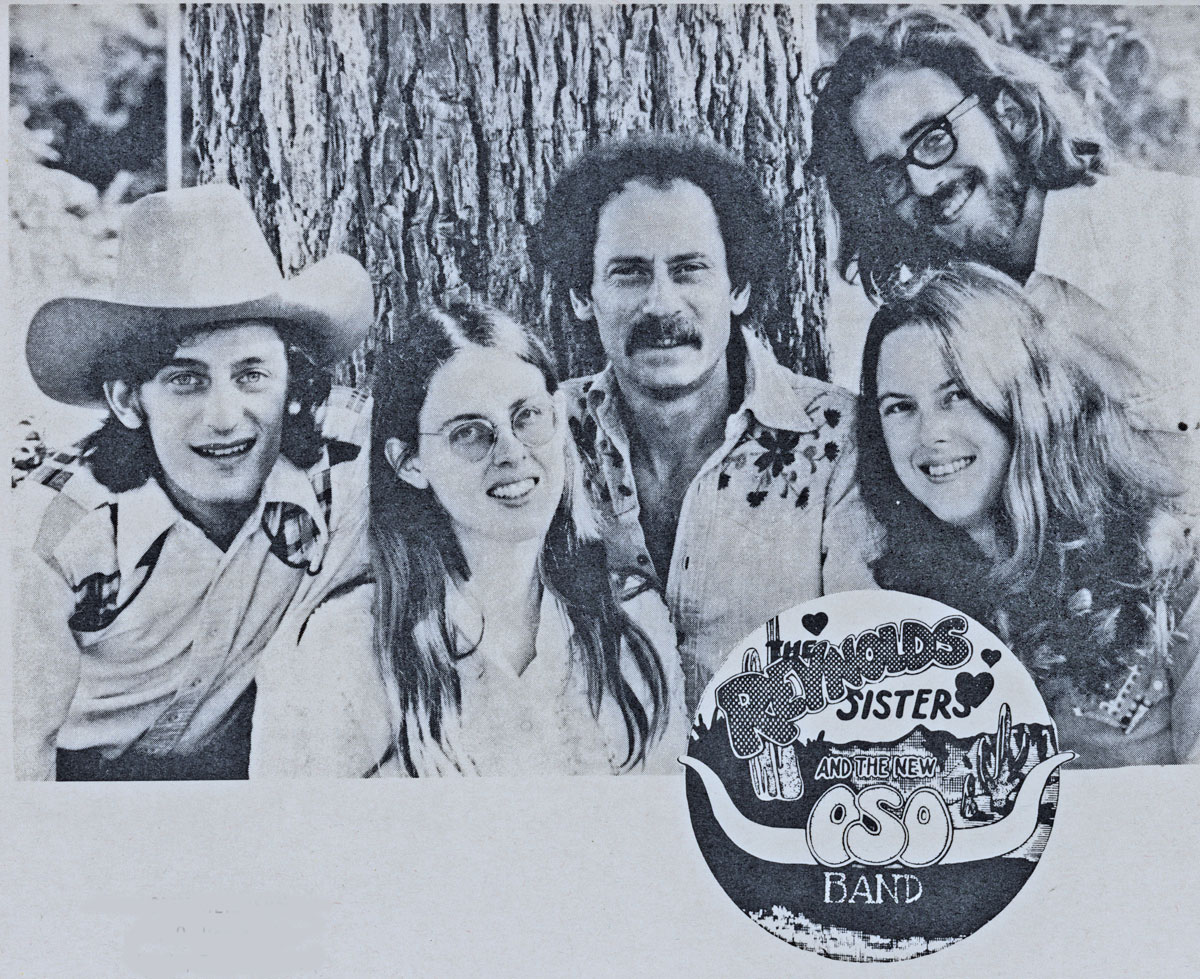 With the dissolution of the band in 1978, Penny and Slim decided to take a shot at "lounge music" — one of the few avenues available if you actually wanted to make steady money in music without being famous.

They moved to New York, learned to (among other things) play the drums with their feet and familiarized themselves with the pop repertoire of the day. This actually turned out well and led to many years of steady work touring the country playing high-end resorts and hotels as the duo Deuce.

From the LP "Ballad of Slim O. and Penny Bill" 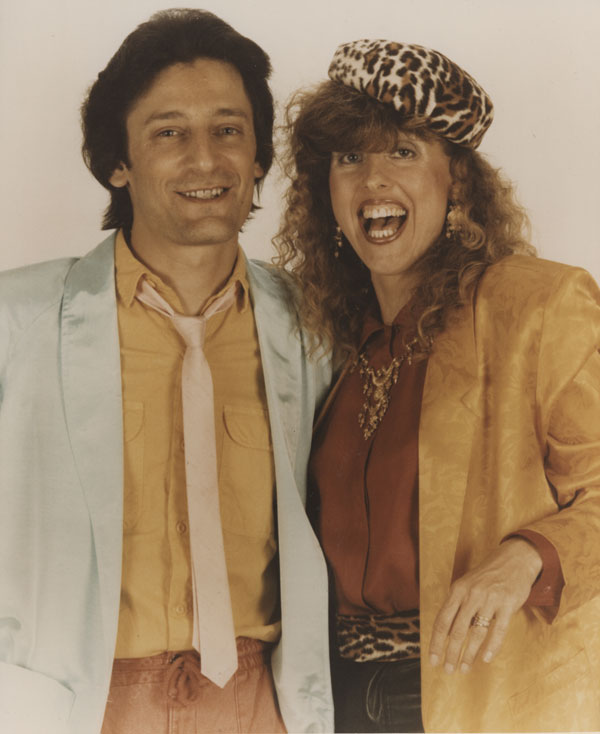 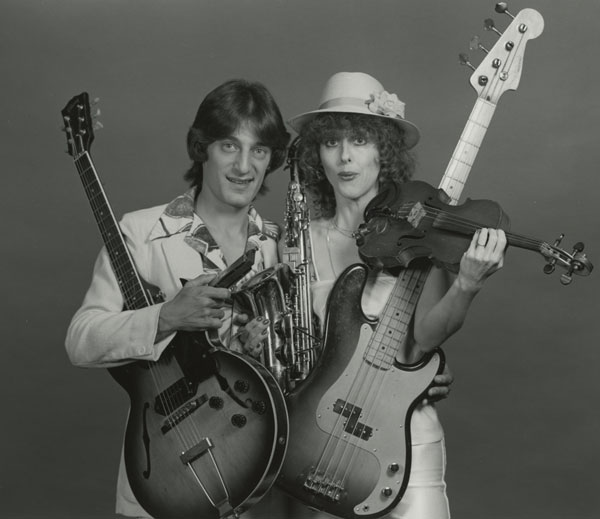 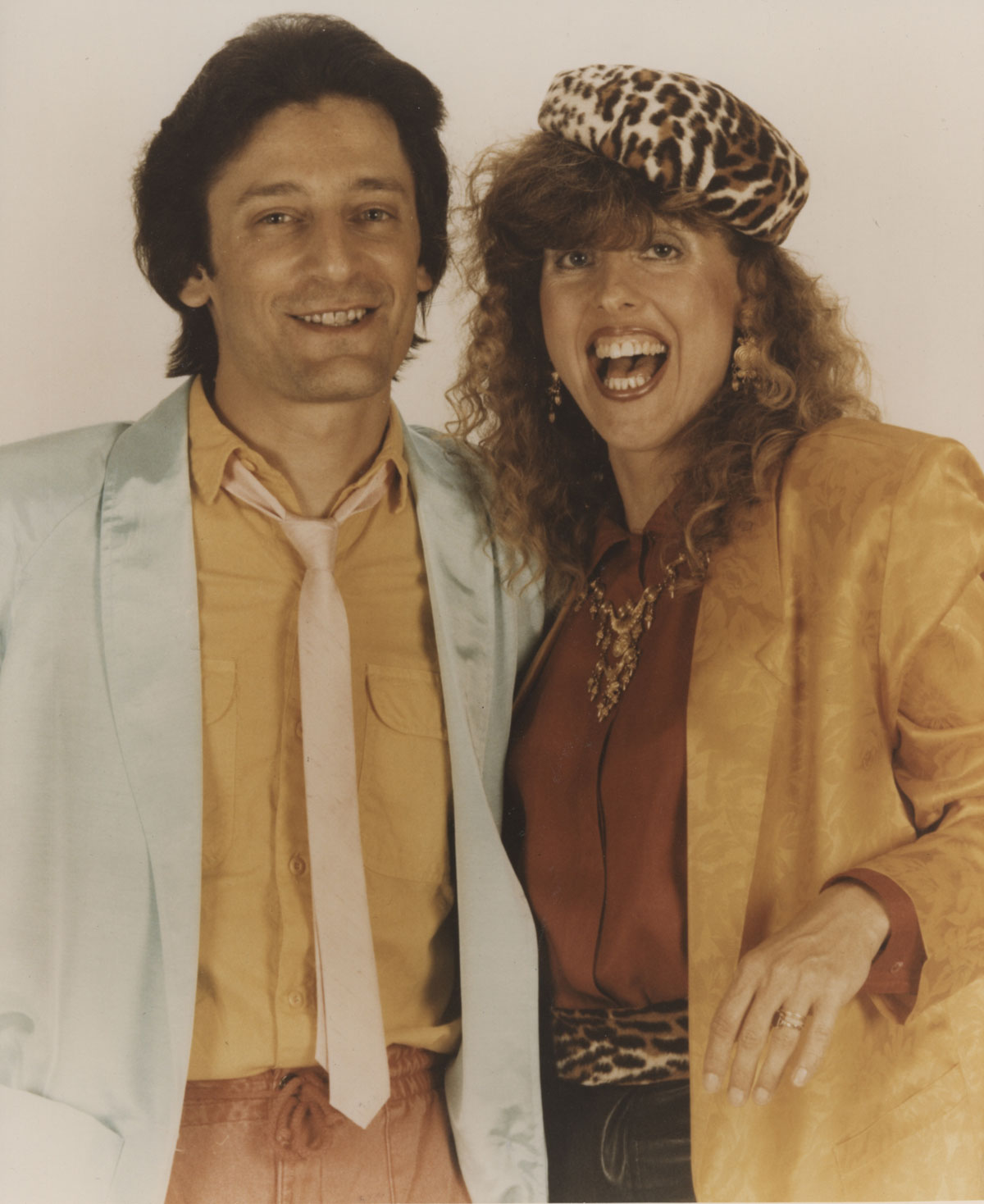 Along with steady work came the means to acquire a bit of recording equipment, and so began the ever-evolving project studio which they dedicated to capturing Penny's rapidly growing body of original songs. In the mid-1980's the advent of MIDI-controlled synthesizers radically transformed what could be accomplished in a small studio. They dove right in, not only in the studio, but they brought computers and synths to the stage before this was common practice. 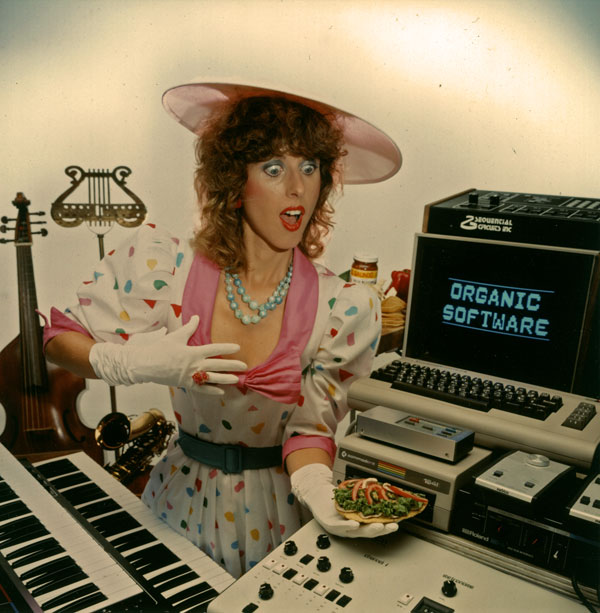 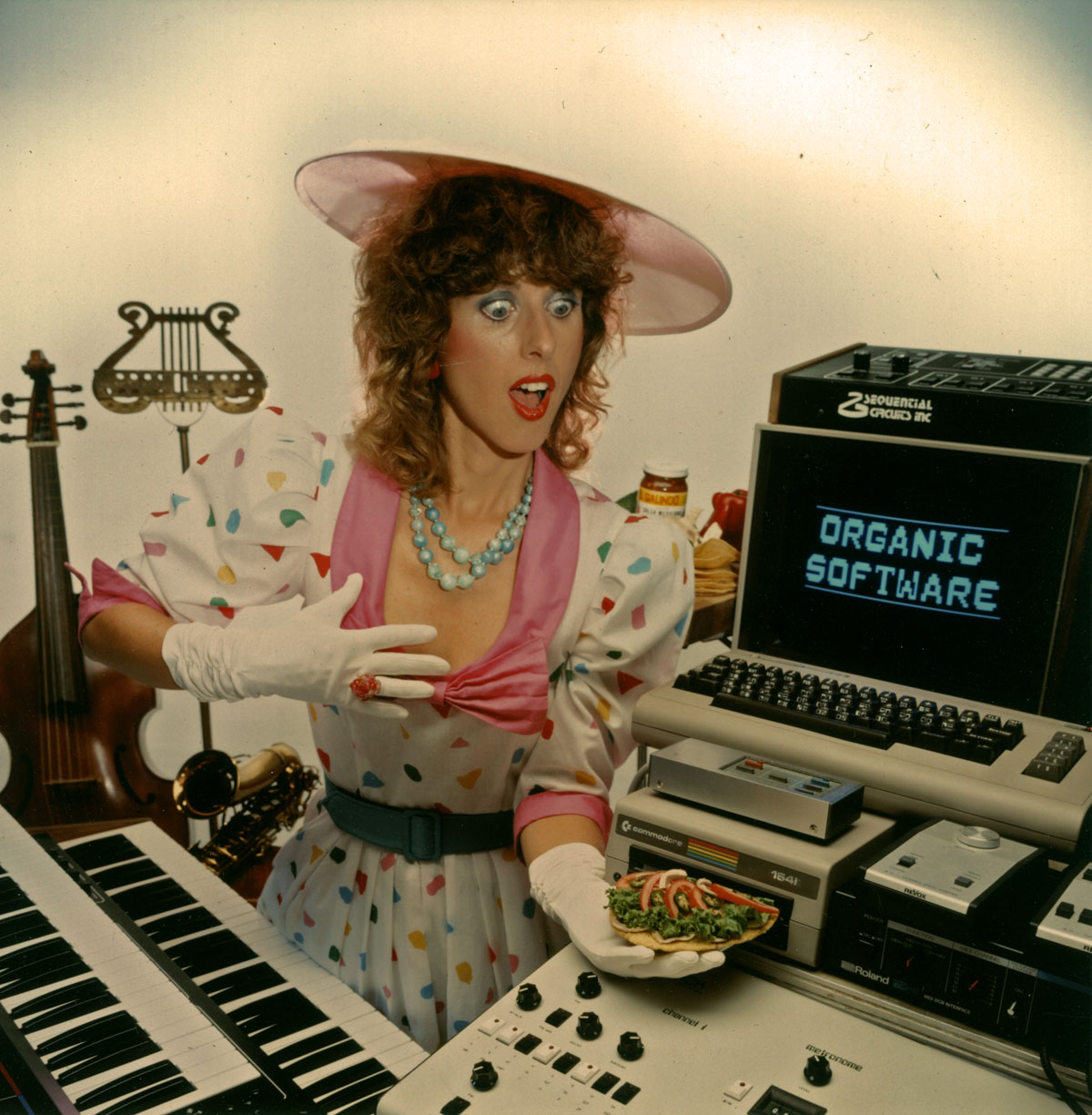 As the 80's gave way to the 90's, the live music amenity offered by top hotels and resorts gave way to Karaoke and sports bars. The better gigs were all drying up. Slim and Penny took the opportunity to get off the road and eventually made their home back in Northern California where it had all begun for them. No longer dependent on the hospitality industry for their financial needs, they again were making music strictly for the joy and stimulation it brings.

Their current duo is no longer focused on the hits of the day but instead on groove, craftsmanship, and beauty. When playing, they project a natural ease with each other and the music reflecting their 40+ years of partnership.
They released their first CD "Topsy Turvy" in 2007. 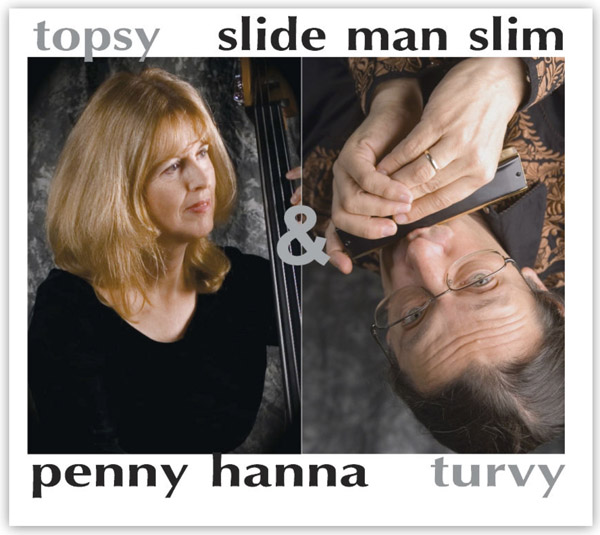 Another CD "Procrastination" was released in 2016.

We love this Marvin Gaye song so much, we just had to record our own version. Of the many, many covers of this tune, this may be the only one to feature pedal steel guitar, played here by one of the true greats of the instrument, Bobby Black. To add icing to the cake, we brought in master percussionist Gary Kehoe to round things out.

Slim was sitting around one day and picked up his guitar to avoid doing some necessary but unpalatable chore and this tune just popped out of nowhere. 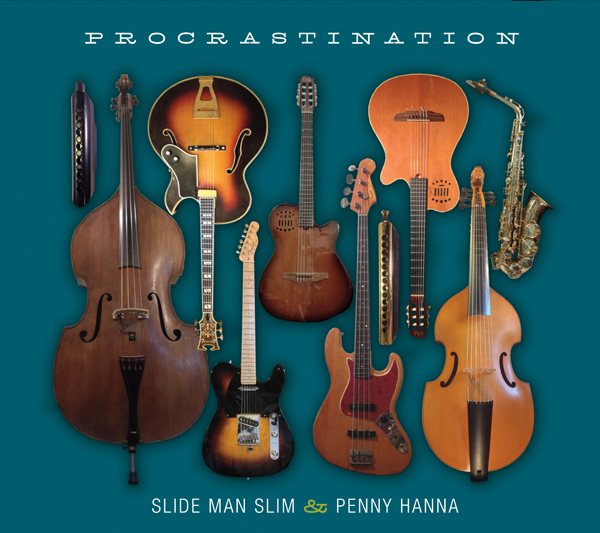 'Procrastination' is our second Slide Man Slim & Penny Hanna album and includes nine original tunes as well as one cover.
We released "The Birthday Sessions" CD in 2021.

Written for Penny's October 2017 birthday. This song comes from that feeling of gratitude when you've come to realize that most of your life is already behind you and that, as a couple, you've somehow managed to stumble your way through it all and end up on relatively solid ground. 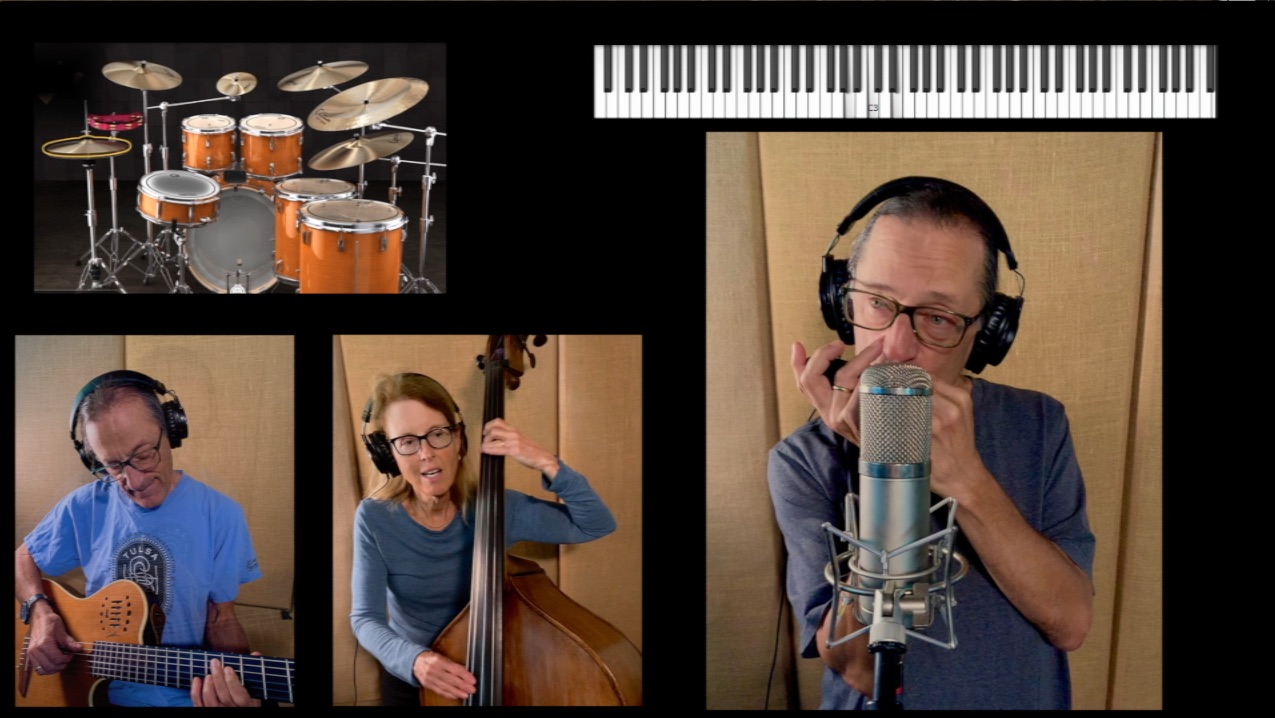 Screenshot from the "Words Can't Explain" video.
You can listen to any of these albums in their entirety along with our latest singles and videos on our Music Page, where you can also find details for purchasing the CDs. The CDs can also be streamed via any of the popular streaming services (Apple Music, Spotify, YouTube, Amazon, etc...).